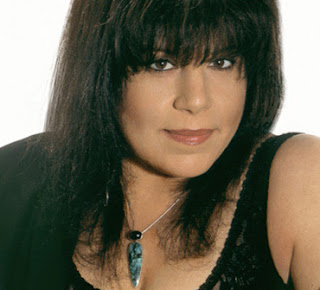 Independent Blues artist Roxy Perry, best known as New York’s Blues Queen, is preparing a new CD in celebration of a career that has spanned five decades. With 20 new songs locked and loaded and ready to record, she’s excited to share the news of her upcoming project with her loyal fans on both sides of the Atlantic. Her previous CD’s—Hi Heel Blues, Roxy Perry: New York Blues Queen, Back In Bluesville and In My Sweet Time—each received critical acclaim. The last three were released on her own BluePerry Hill label and garnered additional kudos for her arrangements and production. A seasoned veteran in the studio, she’ll often get a track down in one or two takes and enjoys extending her expertise by producing other artists.
Roxy's music can be heard on Blues radio stations, satellite and cable networks worldwide but it’s her high-energy, charismatic live performances that define her as one of the most dynamic independent female Blues artists today. Her early influences of old-school Jazz and Swing complement her rock-tinged Blues and offer her unique style. Equipped with a richly-hued blues voice, masterful harp chops and a sassy, street-smart attitude that engages and captivates her audiences, it's her live gigs that perfectly showcase what industry professionals thirst after—the rare combination of passionate authenticity and marketable entertainment. 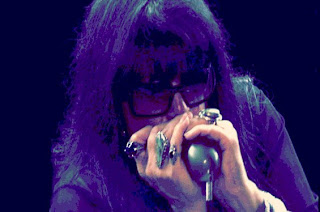 B.B. King once said in an interview, “You don’t have to be poor or black to sing the Blues. That’s a myth. You just need to sing from the heart.” It’s Roxy’s heart that is the source of every note she sings each time she takes the stage, including her first gig at the tender age of 9 at the Shrine Auditorium in Los Angeles, California—her heartfelt delivery and perfect pitch had the audience on their feet. Little did she know that more than four decades later, her ability to get audiences on their feet would be personified when she had them cheering at the Montreux Jazz Festival. It was in 2007 when Roxy headlined Switzerland’s prestigious event, playing the same spot held by the legendary Blues master B.B. King the previous year.


Throughout her extensive career, there have been many twists and turns (aptly reflected in the title of one of her signature songs “Crooked Path”) but her goals and mission have always remained well in sight: to remain true to her roots, her music and herself. From the 1960’s rough and gritty club scene in New York City’s Times Square district where she played six nights a week at the famed Peppermint Lounge to headlining Blues festivals and her own weekly jams, Roxy has seen it all and heard it all.

In Greenwich Village she quickly became part of the scene at Trudy Hellers, 8th Wonder, Café Wha? and other prominent clubs. After years touring as an original member of the pop group Dawn, representing the #1 hits Knock Three Times and Candida, Roxy captured the attention of soul icon James Brown who offered her a recording contract under his own division at Polydor Records. In the 1980's, Roxy released an EP on Personal Records that topped the Billboard Music Charts.

In 2009, Roxy was inducted into the Blues Hall of Fame and was honored with the title of National Ambassador. Today, Roxy represents herself as an independent artist and continues playing what she knows best—one mean harp and the Blues.
During my recent interview with her, she touched on her longevity in an ever-changing industry. “I’m the real deal,” she said with a confident mix of humility and pride and it was a pleasure to learn more about her enduring journey, her music and her life as an indie artist.


You’re quite prolific when it comes to writing songs, how does the songwriting process work for you?
R.P.: “I feel a true Blues artist should sing and write from their own experience and that’s where I draw inspiration from for my song lyrics. Blues is a personal story—bred by a person’s truth—so I don’t collaborate with other lyricists. I actually see each song like a movie—the melody and grooves that I choose set the scene and the arrangement brings it into focus. My harp parts are an extension of my melody. I try to depict my story as vividly as I can so that the listener is drawn into the story. I do collaborate however on arrangements so that my songs can be musically refined to vividly reflect the ‘picture-sound-story’ that I hear in my head.”
How is being a Blues artist different from being an artist in other genres?
R.P.: “Blues is more about the feeling and the story than the music. There are basically two types of Blues singers: ‘impressionists’ who model their style after known artists and replicate their songs and ‘originators’ who create a unique style and write their songs—two different worlds even in the Blues genre, one that relates and one that creates. As a performer you have to be very brave to turn your truth inside out for all to see and hear. It takes great courage to publicly show your vulnerability and passion. You can’t fake it—the audience will know. I like all types of music and have sung many styles but I was born a Blues singer—even when I sing Rock, it’s still Blues.”


Roxy Perry performing her own "You Cried For Me"
http://youtu.be/oJ8r5Pc7XUg
As a female artist with a career that spans five decades, do you feel that personal sacrifices are unavoidable in achieving musical longevity?
R.P.: “Absolutely. I sacrificed many ‘normal’ things in life. I did get a college education but I played six nights a week in my teens and 20’s. That didn’t leave much room for any kind of socializing. The only place I felt socially comfortable was among other artists. I married a musician so we are both self-employed with no benefits or pension. It’s a very different and definitely insecure way to make a living. Few are fortunate to survive and progress.”
“When you are an independent artist, you have to be able to separate yourself from ‘the artist’ to constantly evaluate yourself too. That is not easy. Being in the business for 51 years, I’ve learned a lot and must always be willing to learn more to aid my artistic and business evolution. Most of my career was spent wearing all the hats or most of them—artist, manager, producer, arranger, record label exec, distributor, bandleader and agent. I have a business assistant but I still have to lead the way and with plans for a new CD, securing a well-connected agent at this point would certainly be welcomed."
You enjoy a huge following of fans, both here in America and 'across the pond' in Europe, is there anything you would like to tell them?
R.P.: “ I’m planning to record and release a new CD in the near future. I’ve developed a new sound and would like to share it. We also have a great new show that is thrilling young and old alike that I’d like to share with my fans 'across the pond'. I’m hoping to have many new experiences to come. My life’s mission has been to entertain people, make them happy and reach as many as possible with my recorded music. The real payoff is people embracing my music and stories and letting them know that they are not alone in this world. If your recorded work is embraced, it outlives you. That’s the best scenario one can hope for—to be remembered. I think I’ve done well towards accomplishing this mission and hope to continue doing so for the rest of my life. You can keep posted or contact me through my website."
To learn more about Roxy Perry, visit her website at http://www.roxyperry.com/
To purchase CDs go to www.cdbaby.com

Photos by Susan O'Kane and Kevin Robinson
Videos courtesy of Roxy Perry
Posted by Janet Cipolli at 2:36 PM No comments:

Janet Cipolli
I've been writing for decades and enjoy writing both fiction and nonfiction. My short story series is titled FICTIONAL SEASONS and I am currently looking for an illustrator, publisher/editor for this wonderfully funny, heartwarming and diverse collection of short story fiction. You may contact me via the email link provided under my profile info. In addition to my fiction, I have recently begun writting nonfiction articles as a Hartford Relationships Examiner on Examiner.com